Hospice charity ellenor is proud to announce that Jason ‘Foxy’ Fox, star of Channel 4’s ‘SAS: Who Dares Wins’ has become a Patron. He was one of six celebrities who represented ellenor at the prestigious BGC Charity Day last September and he also attended the charity’s Orange Ball in London in November. While at the BGC Charity Day – where he completed trades to raise vital money for ellenor - Jason spent time chatting to some of the families that the charity supports, which he found very moving.

He said after the event: “I had a brilliant day trading. The buzz was incredible and I particularly enjoyed meeting some of the children ellenor provides care for. I look forward to doing more with this charity, which clearly makes a difference to the lives of very sick children and their families.” 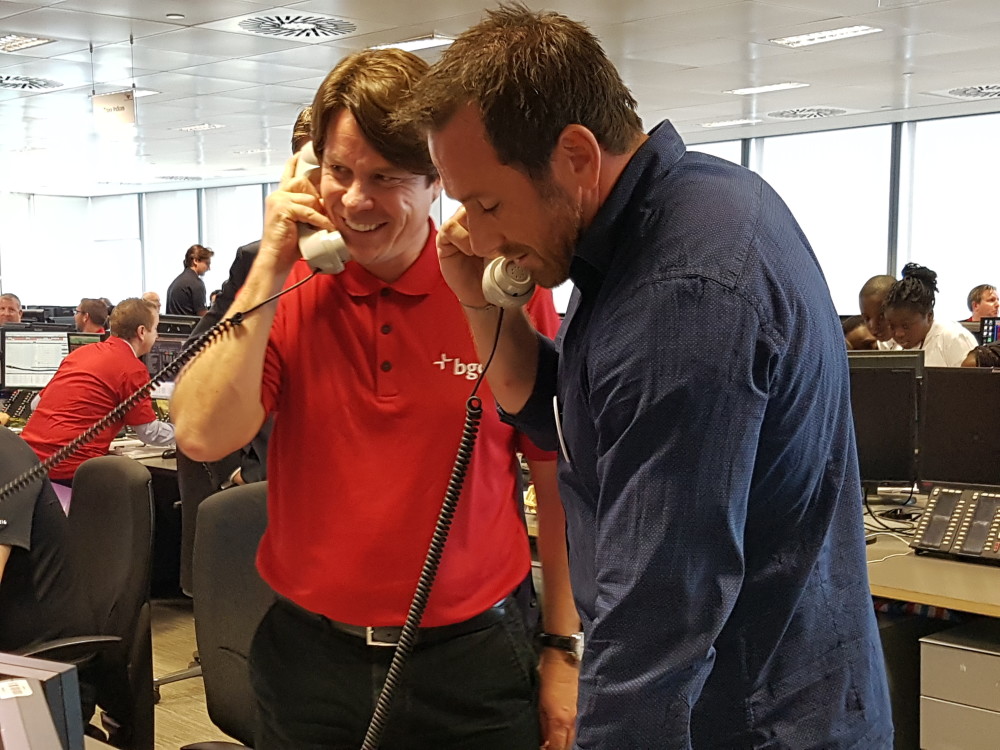 Jason is a former Royal Marine Commando and Special Forces Sergeant, who has led and executed global operations. He left the Special Forces in 2012 and embarked on a career in the corporate world. Two years ago, he moved into the television and film industry, initially using his wealth of experience in the Special Forces to support production crews who were working in environmentally hostile areas, such as the jungle, the arctic or the desert. Jason then worked both in front and behind the camera for Channel 4’s ‘SAS: Who Dares Wins’. He is also an Atlantic rowing world record holder twice over.

ellenor is the only charity in Kent to care for people of all ages. Its Children’s Hospice Care provides care to seriously ill children in the comfort of their own home. The charity gives round the clock care, 365 days a year and, as a charity, needs to raise nearly £7 million each year to care for families facing terminal illness.

“I had heard a lot about the care which ellenor provides, but meeting some of the families ellenor cares for last year helped me to really understand the vital support the charity provides,” says Jason Fox. “When I was asked if I’d consider becoming an ellenor Patron, I said ‘yes’ without hesitation. I am now looking forward to helping the charity to raise the vital funds it needs to continue providing its unique care and support to so many families in Kent and South East London.”

Adds Rachel Holweger, Director of Income Generation at ellenor: “Our Patrons are so important to us in helping us to raise our profile and engage with new audiences. We are absolutely delighted that Jason has agreed to be a Patron of ellenor. He really took time to understand what we do at the BGC Charity Day and our Orange Ball last year and we are looking forward to exploring how we can work together in the future.”