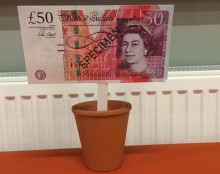 How will you grow your £50 for ellenor?

ellenor is urging plant lovers to throw open their garden gates to raise vital funds for families facing terminal illness this summer as part of its Glorious Gardens programme. 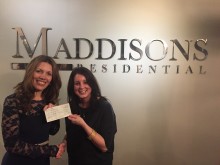 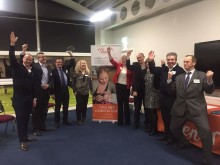 Martin Tolhurst Solicitors has announced that its new Charity of the Year is ellenor and has pledged to raise £20,000 for the charity over the next 12 months.

​Hospice charity ellenor is proud to announce that Jason ‘Foxy’ Fox, star of Channel 4’s ‘SAS: Who Dares Wins’ has become a Patron 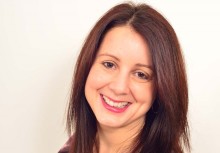 JD O’Brien is all fired up for ellenor

ellenor trustee in the running for an award

Mo Tutty, chairman of the board of trustees at hospice charity ellenor – the only hospice charity in Kent to care for all ages - has been named as a finalist in this year’s Kent Charity Awards on Thursday 16 March, in the Trustee of the Year category

ellenor has received a generous donation of £36,000 from RiverStone Management Limited, part of the insurance and reinsurance operations of Fairfax Financial Holdings Limited. 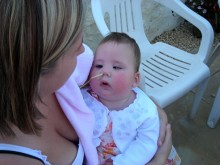 Among those taking part in this year’s Walkathon for ellenor – a marathon 26 mile walk from Tower Bridge to ellenor Gravesend – is Louise Jenner from Snodland, mother of one of the hospice charity’s young patients, Sophie. 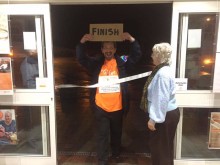 Supporter celebrates his 50th birthday by walking 50 miles for ellenor!

Robin Roberts, one of ellenor’s dedicated supporters, who also volunteers in the hospice charity’s Bexleyheath shop, marked his 50th birthday on Wednesday 1 February with an epic sponsored walk of 50 miles – a mammoth endeavour which took him nearly 24 hours.

ellenor is encouraging people to sign up to the challenge of taking part in a nine-day trek across the magnificent and dramatic sand dunes of the Sahara Desert, while raising money for local families facing terminal illness 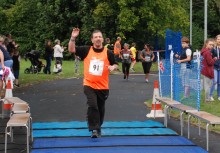 Fifty at fifty for ellenor

Robin Roberts, one of ellenor’s dedicated supporters – who also volunteers in the hospice charity’s Bexleyheath shop – is marking his 50th birthday on Wednesday 1 February with an epic sponsored walk of 50 miles. 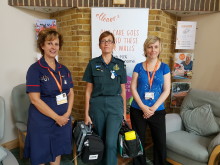 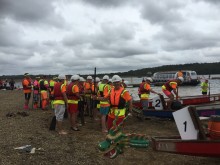 ellenor’s exciting Accumulator Challenge – a competitive fundraiser for businesses – has raised £7171 for the hospice charity, with Baxall Construction named as the 2016 winner.

Hospice charity ellenor was very proud to be invited to a reception at 10 Downing Street on Wednesday 14 December to celebrate the Government’s very first Local Charities Day (on Friday 16 December).